I Believe in Ghosts
[ ongoing series ] 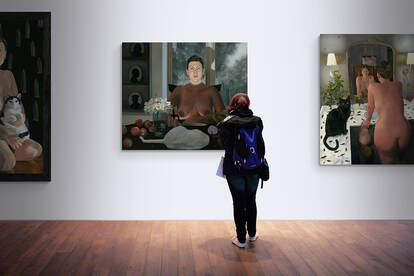 I believe in ghosts: I believe those who weren’t and won’t be believed, and I see the ghosts that haunt us.

This series of painted self-portraits illuminates the aftermath of sexual assault: the lasting psychological impact of repeated sexual trauma on an individual and the role silence plays as both an act of self-preservation and tool of oppression. By concentrating on, and repeating, one person throughout the works, I emphasize the accumulated weight of multiple assaults and share the inescapability of reliving past traumas.

I explore my psyche and experience with complex post-traumatic stress disorder (C-PTSD), blurring the line between external presentation and internal reality to bring to light the unseen injuries of sexual trauma that invade and haunt mind and body. Symptoms such as flashbacks, nightmares, dissociation, and intrusive thoughts and images are suggested using mirrors, portraits within portraits, and condoms which materialize as ghosts throughout the work.  At times, the ghosts’ presence takes on a swarm-like quality -- suggesting a looming threat -- while felines act as familiars and guardians, an extension of the subject’s emotional state.

I examine silence as an active form of self-preservation in response to sexual assault, and silencing as a learned practice in the face of dismissal, disbelief, and shaming. Static environments evoke the feeling of being frozen in time, just as one may freeze when threatened or attacked. Non-verbal cues, such as gaze and body language, communicate boundaries, while allusions and symbolism assert an alternate viewpoint to the historically dominant Male Gaze.

The prevailing environment of skepticism and doubt requires survivors to prove not only that they were assaulted but also that they didn’t deserve it. By focusing attention on the aftermath of sexual assault, rather than the details of what was done by whom and when, I present an opportunity to consider the unseen toll on individuals in this "phantom epidemic." 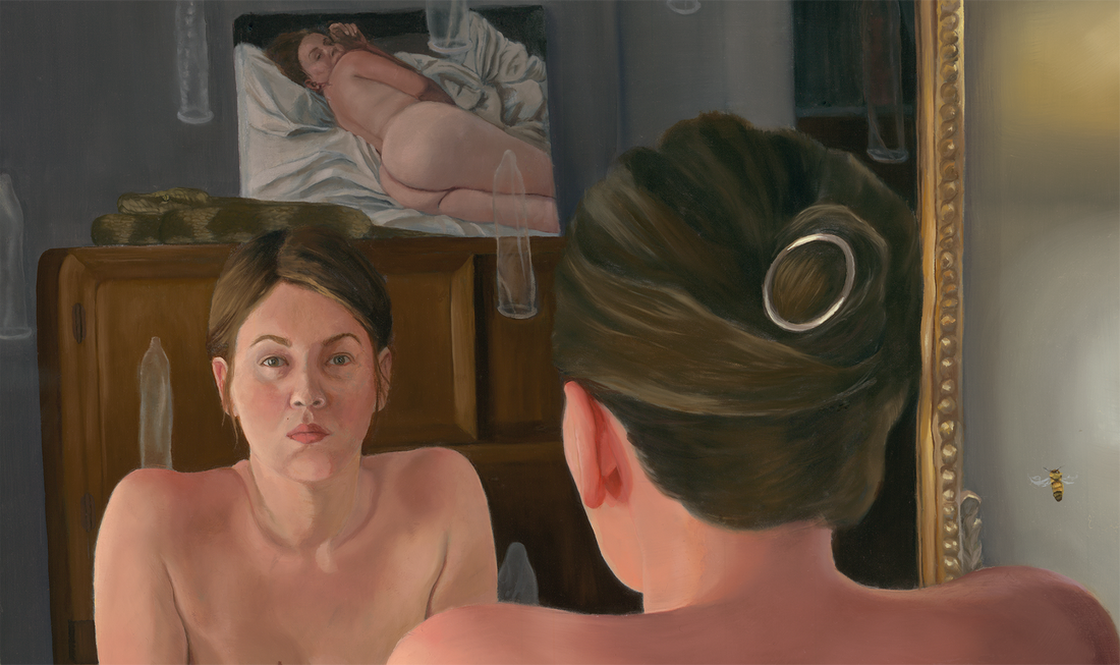 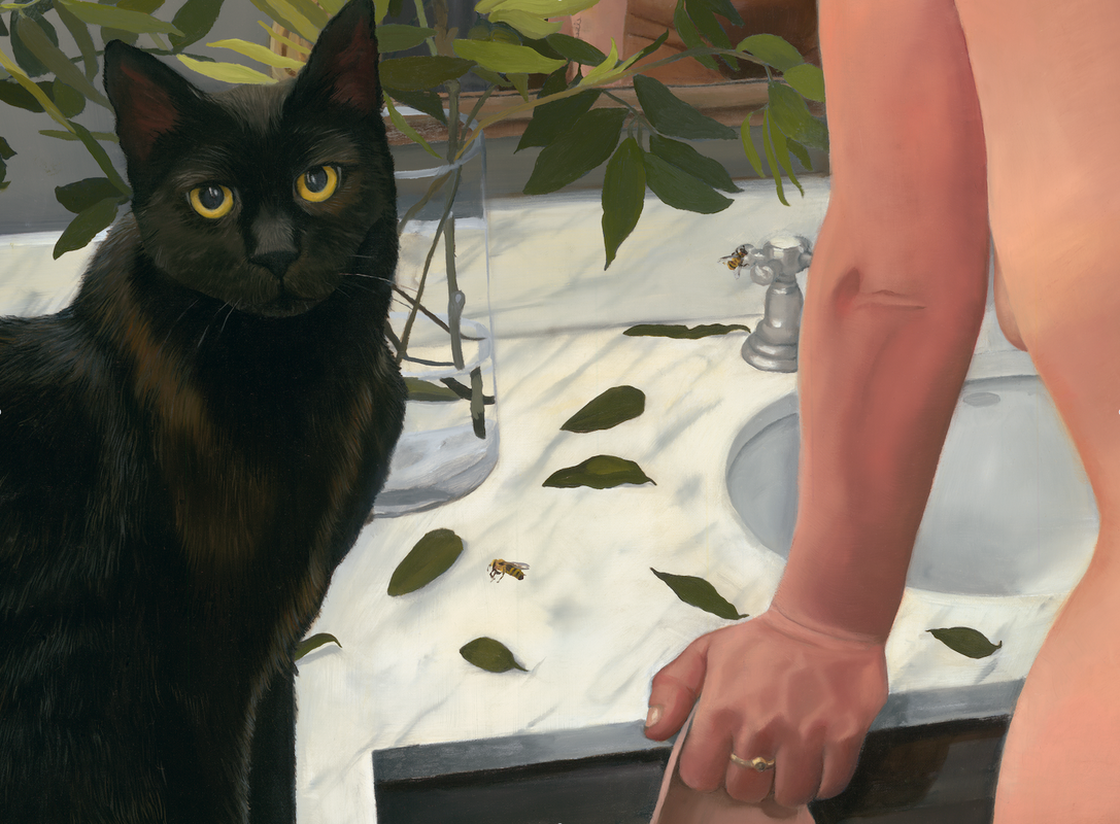 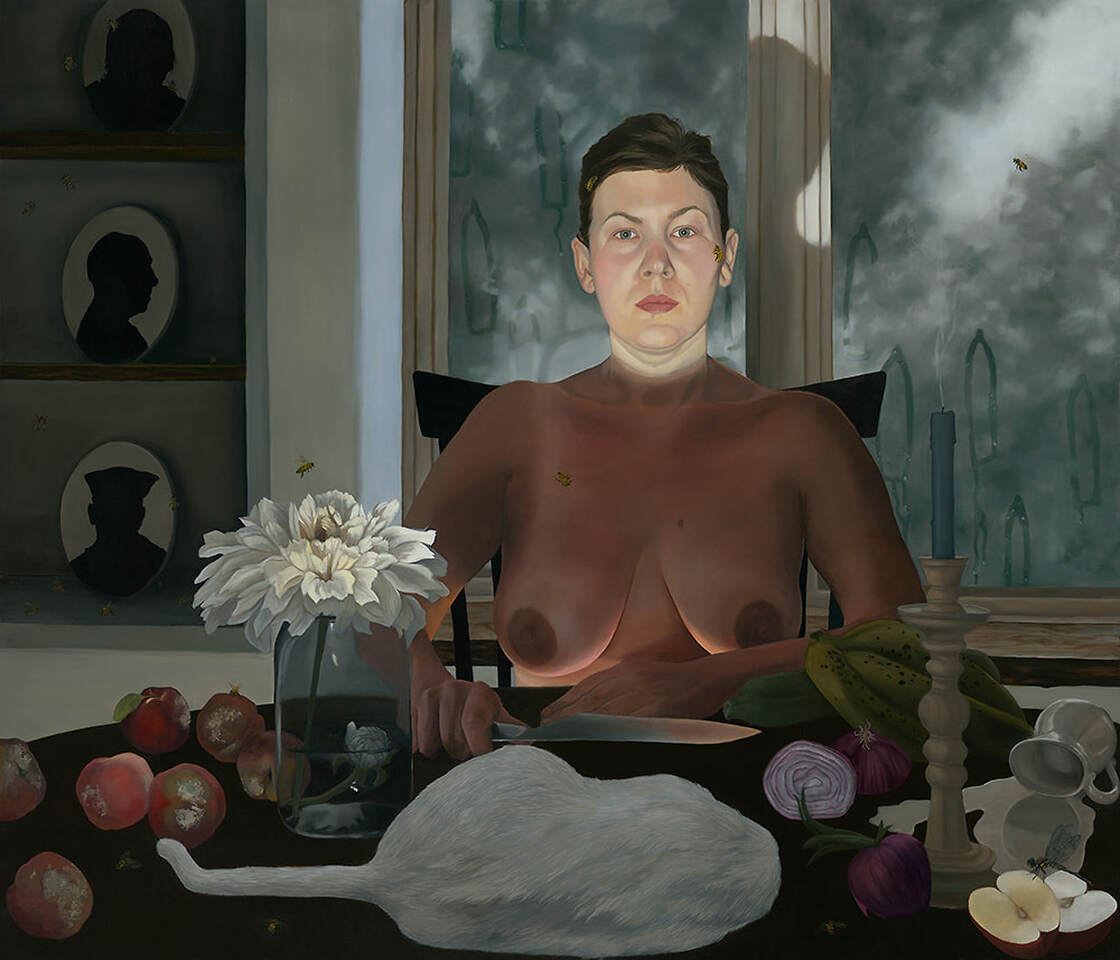 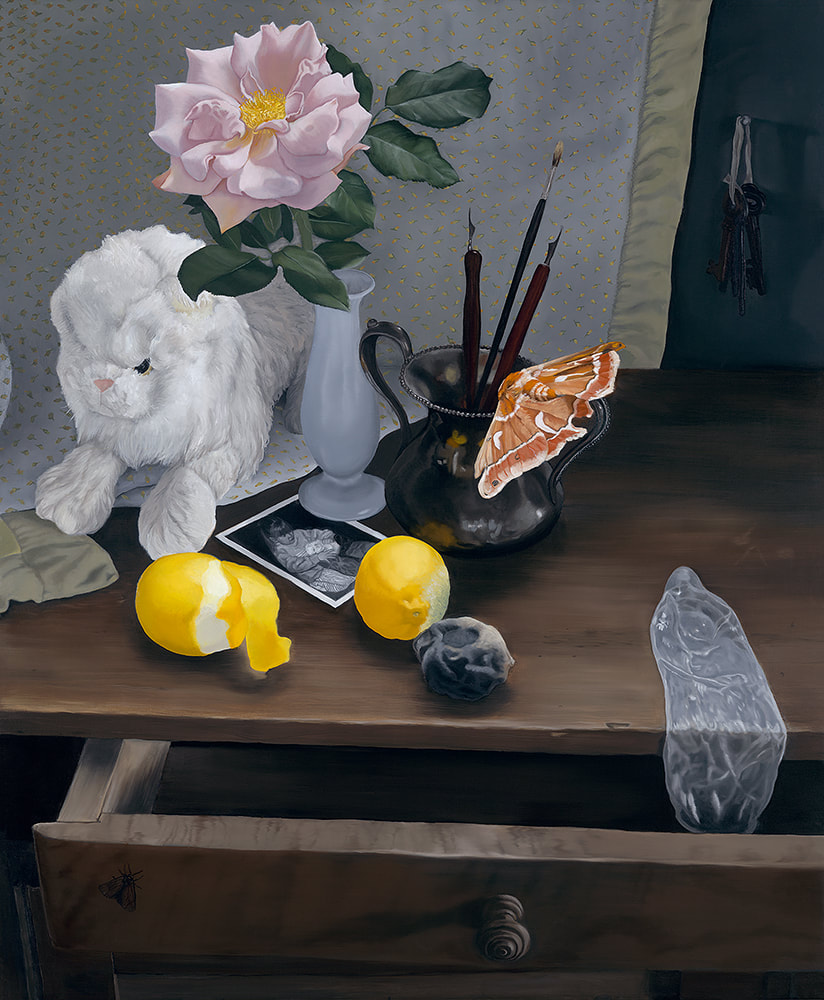 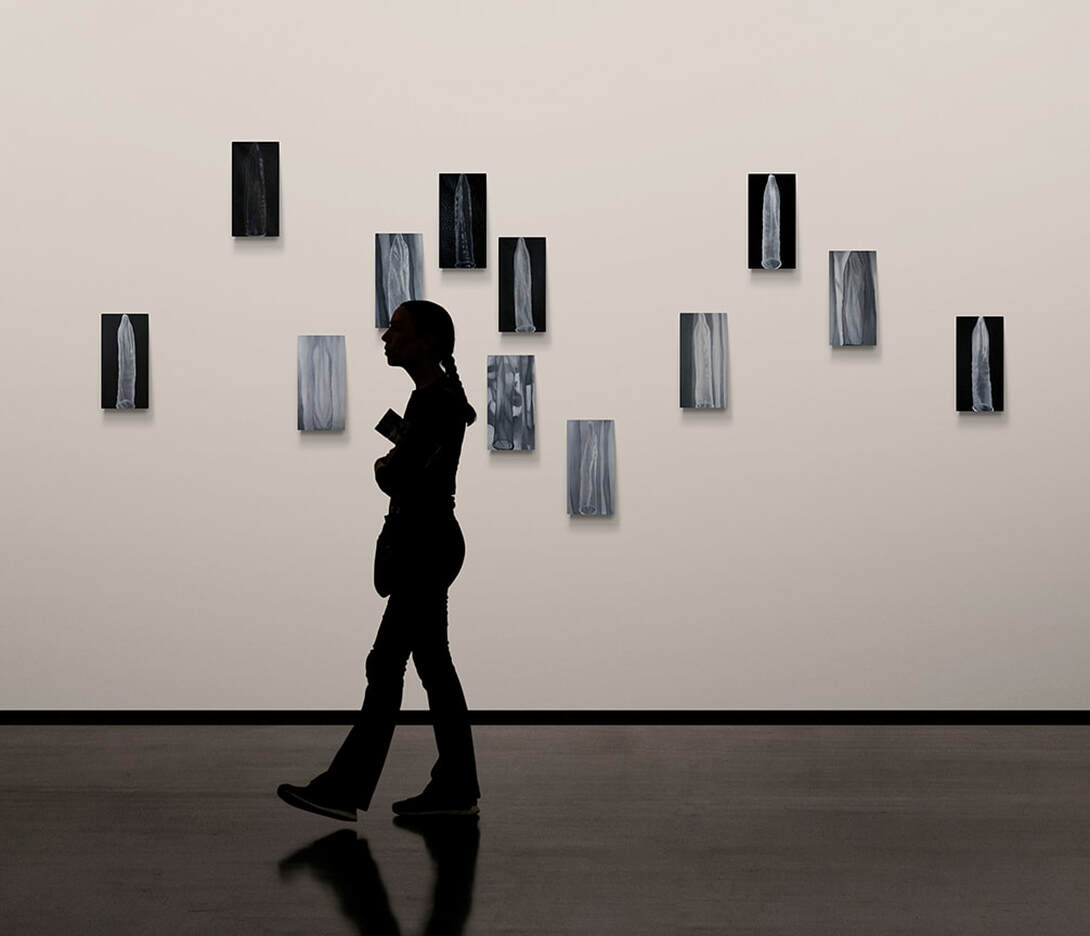